Today the two iconic brands in the automotive world make their union official. A firm link between the past and the present will be established.
Share with:
Contact Us

For the occasion, TAG Heuer is presenting a special Gulf edition of the Monaco, in the famous racing colours and logo of the oil company that sponsored Steve McQueen in the film “Le Mans”.

Heuer, Gulf, Monaco, Steve McQueen, Le Mans: A partnership that has the automotive heritage of TAG Heuer at its core, and the best is yet to come! 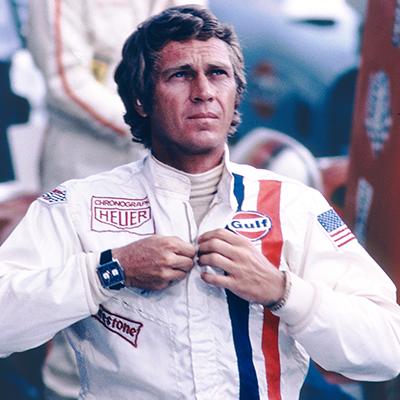 Switzerland, La Chaux-de-Fonds, 7th March 2018: Today, TAG Heuer is very proud to announce that a global partnership has been signed with Gulf Oil International, which will see the development of new activities and new editions, including the Monaco Gulf which was presented on the occasion of the signing.

With the immediately recognisable famous blue and orange stripes, Gulf has been a well-known player in the automotive industry for over 115 years. Quality, endurance and passion are the company’s watchwords; proven by their history of innovation, invention and continuing development. It was the first company to drill for oil below the sea, and in 1913, became the first in the world to open a petrol station.

It shares values with the Swiss watchmaking brand that has automotive sport in its DNA. TAG Heuer and Gulf have crossed paths several times, but the most notable was in 1971, in the film “Le Mans”, when Steve McQueen wore a Heuer Monaco on his wrist while driving a Porsche 917 that featured the Gulf logo. 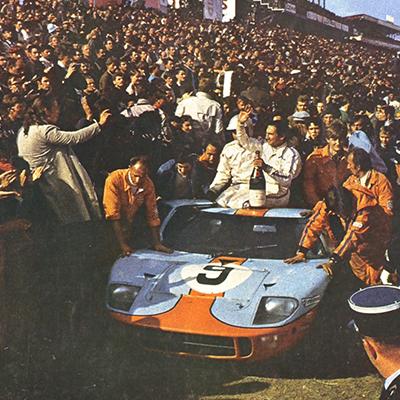 Jean-Claude Biver, CEO of TAG Heuer and Chairman of the Watch Division of LVMH Group, stated: “It’s a real privilege to forge links with Gulf and its history in automotive sport that includes the Porsche 917K, Steve McQueen, the Le Mans 24 Hour Race and the Monaco watch. It’s a prestigious and emotional partnership. I know of few other brands that could share as many memories of pit stops and which have a relationship as strong and authentic. We share the same passion and this promises good things for the future!” 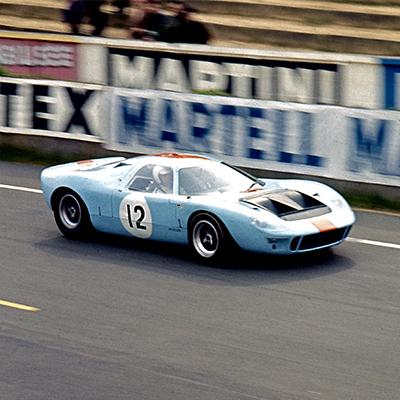 Frank Rutten, Vice President International of Gulf, added: “TAG Heuer is an iconic name for automotive sport and our two brands have many shared highlights, stretching back over almost half a century.  We’re delighted with this partnership and look forward to developing it, representing, as it does, a new direction for the relationship between Gulf Oil International and TAG Heuer. Timing is of critical importance to many aspects of our business – Gulf has, for instance, a peerless “on time in full delivery record” in its marine operation – we share values of innovation and quality but, in particular, our shared history ensures that this is one of the most genuine unions in the automotive world.” 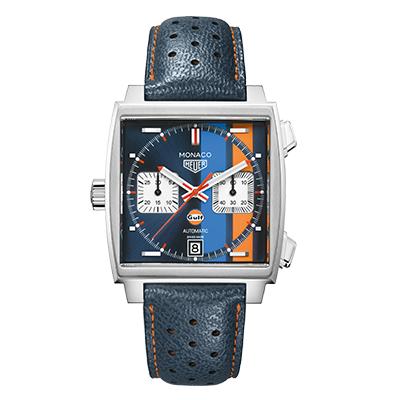 Launched simultaneously in Geneva and New York on 3rd March 1969, the Heuer Monaco was the first square and water-resistant automatic chronograph in the history of Swiss watchmaking. The watch was a break with the aesthetic codes of traditional watchmaking. The large square case with straight angles, the metallic blue dial, the domed plexiglas crystal and especially the crown positioned on the left, signifying that the watch was wound automatically. Just as innovative at the time, its technology offered perfect water resistance – a first for a square watch.

However, the origins of the revolution lay inside the watch: The famous Calibre 11 that was the first automatic chronograph movement to be commercialised in the history of watchmaking. Immediately recognisable and often copied, the “McQueen Monaco” has become a much-coveted watch at auctions and in collections. 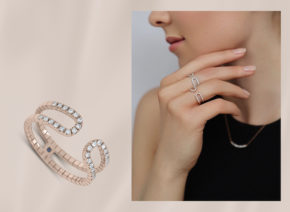 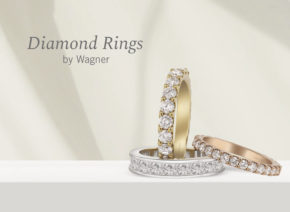 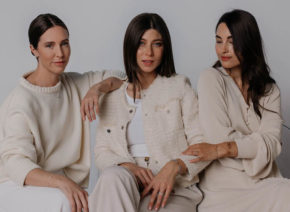 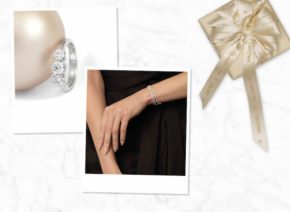